Look your best when it matters most. Click here to browse our men's designer hats and shoes.
Visit Store
Hats, Men's Fashion
6 days ago
by DapperFam Content
0

The bowler hat’s history is just as thick as its crown. Sure enough, it was historical to witness how this hat became a fashion statement throughout the years.

History of Bowler Hats: Everything You’ve Wanted To Know

But before we unlock all of the details of how a bowler hat came to be like what it is right now, let’s dive in first with the basics. What is the history of a bowler hat?

How were the bowler hats invented? 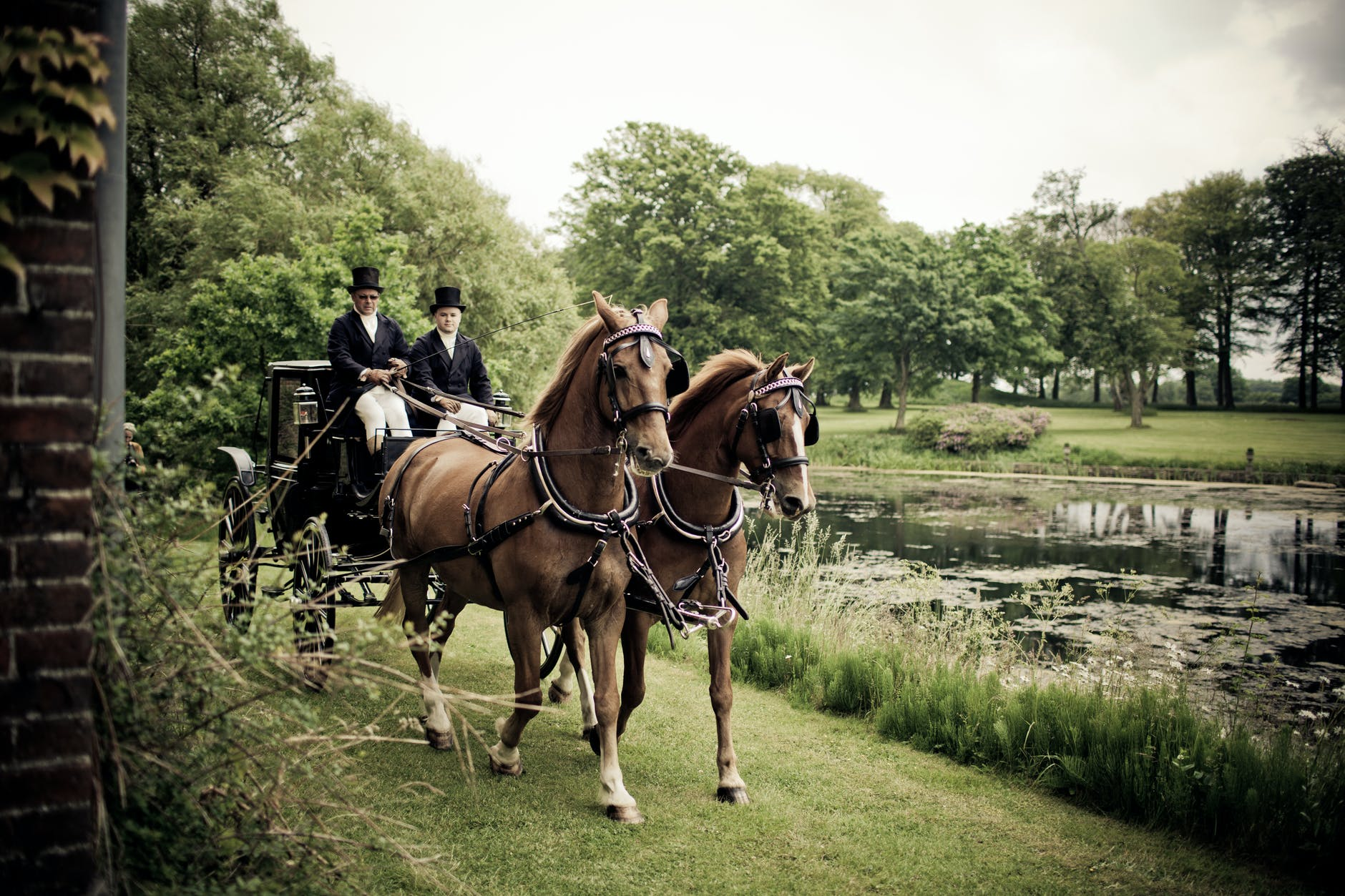 Numerous tales were present about how individuals would journey without a means of transportation. As a result, this paved the beginning of the bowler hat’s history. The wealthy also have their own carriage, but that carriage is only accessible to the rich and royal.

But even though that is the case, sometimes even wealthy people use horses directly as their transportation. Horseback riding through the woods and uneven roads was such a hassle, especially when their top hats were falling from their heads as they were blown away by the wind or knocked over by branches.

Furthermore, he wished to preserve the heads of the Holkham Hall attendants and the gamekeepers who worked on his estate in the surrounding area. As a result, he collaborated with his brother, Edward Coke, to complete the original design of the bowler hat.

The Coke brothers sent the hat’s design to a prominent hat company called James Lock & Co., where they sent two of their best hat makers, Thomas and William Bowlers, to make the hat.

After some time, Coke went to London to look at the finished product. He tested the design by throwing it on the ground, which would not endure if it used any materials as fragile as a top hat. Yet, the hat stayed intact with no other damages.

To further test the hat, Coke also stepped on it twice. It remained strong and defied the stomping, leaving Coke impressed. He bought the headwear for 12 shillings and used them on his property’s caretakers and gamekeepers.

The Variation in Bowler Hats’ Names 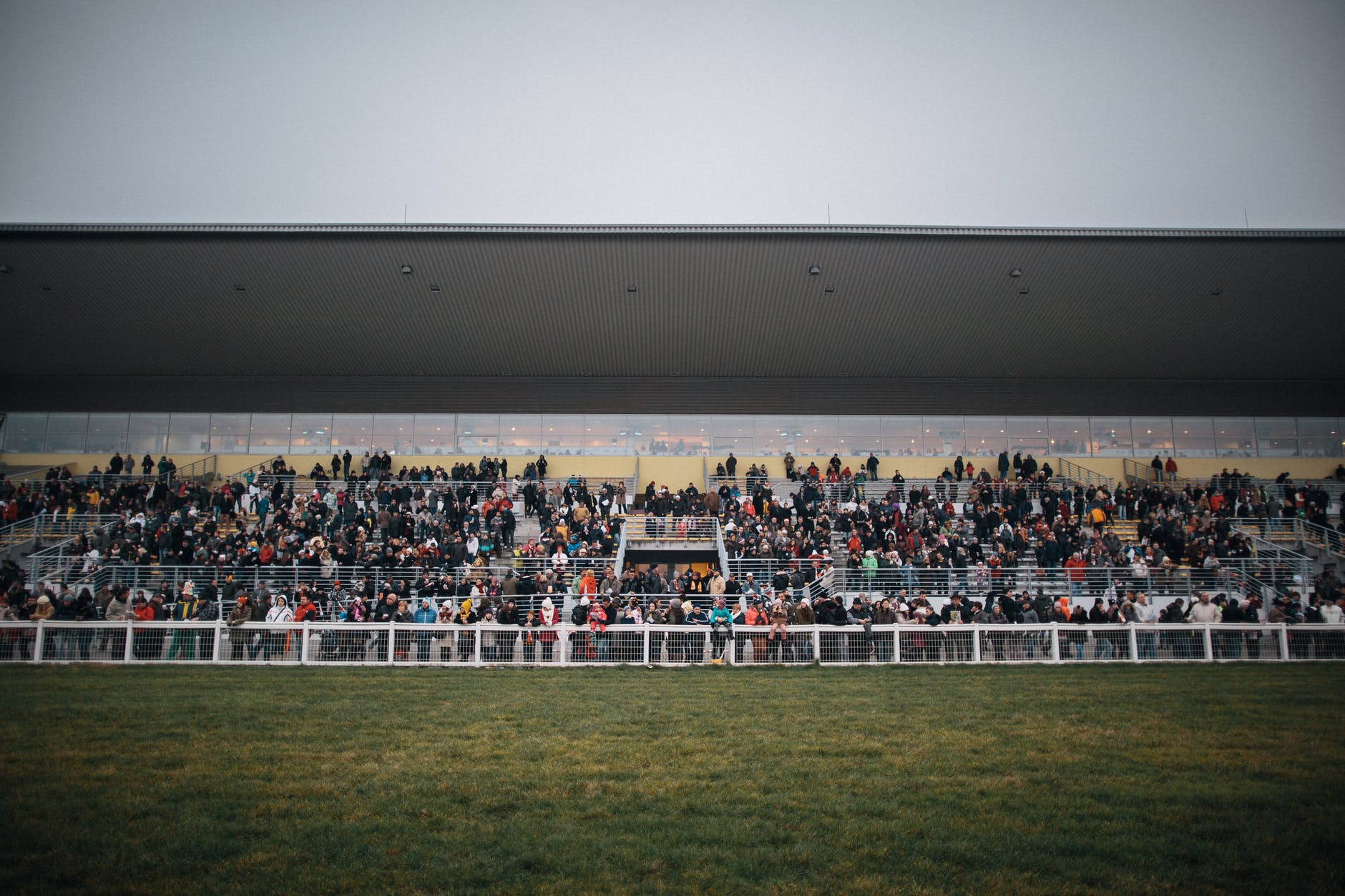 After a short time, the bowler hats had various names—one given to the hat’s creators, Thomas and William Bowlers, naming it the bowler hat. The Coke or billycock, like the other terms, came from the Coke brothers, after its importance and the design.

After the hats became widespread in England, several countries started to use them as well. In Spain, the people call it bombin, where males do not exclusively wear this hat, but women also wore it in the 1920s.

Some of the people who live in Quechua and the Aymara enjoy wearing them. Following its debut by British railroad laborers, the hat quickly became fashionable. They established multiple factories in Bolivia to produce more of them for the Bolivian market, but the locals also launched them into their marketplaces.

Meanwhile, in America, the hat became popular, and it was called Derby hats. The name came to life after they regarded it as the leading headwear for the people who enjoy attending the annual derbies.

As previously stated, hats have evolved into an integral component of people’s wardrobes. It was also customary for them to wear top hats when attending such gatherings at the time.

However, in derbies, the weather can rapidly cause the wind to blow away the hats. The participants are not pleased when this happens. Therefore, they integrated bowler hats into their wardrobes, mainly because they have a simple design while remaining firm in the crown and structure. 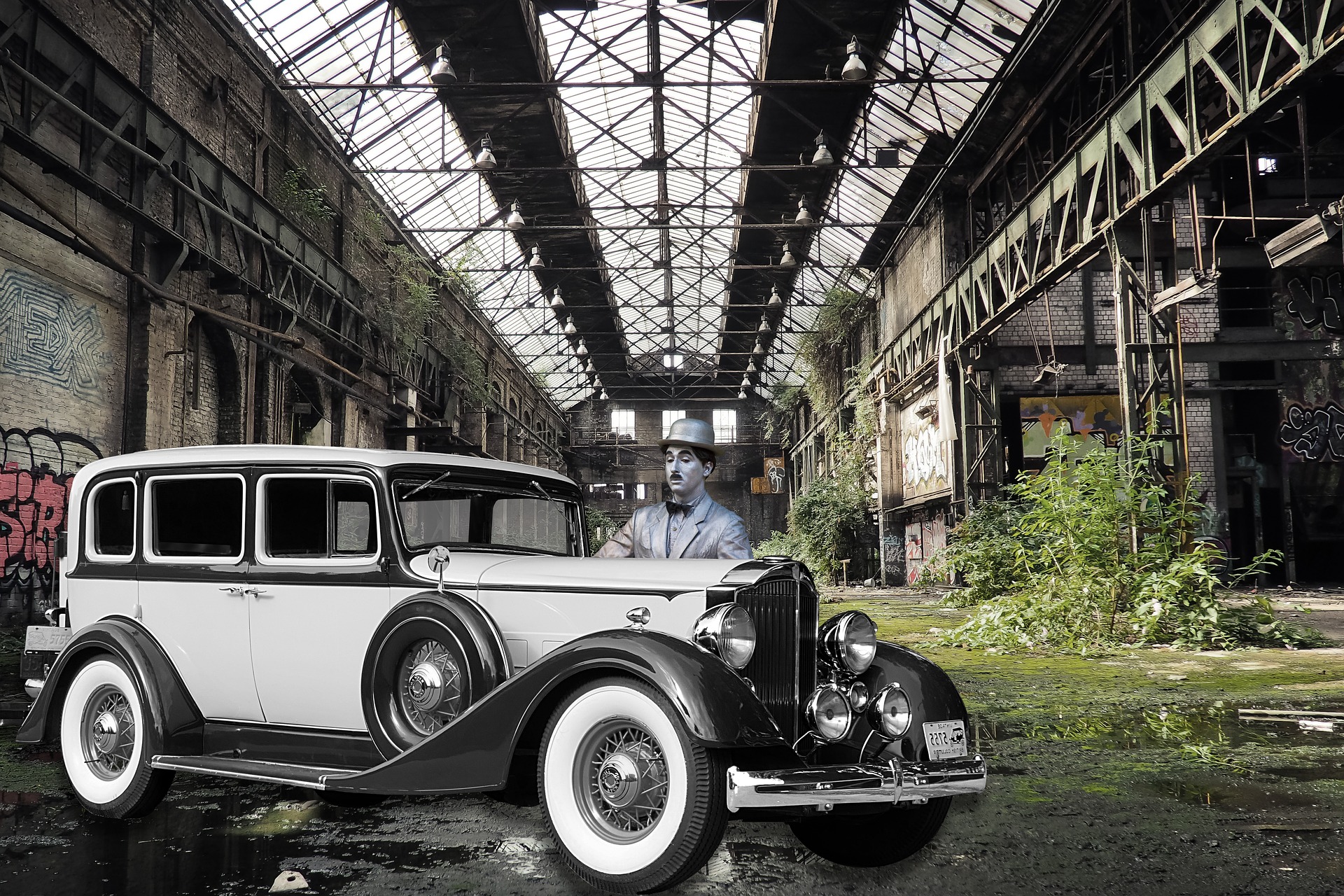 While it was a fashionable hat as a working hat, it also fell off the trend shortly after World War II.

People no longer buy bowler hats because they started choosing soft-crowned hats like fedoras, pork pie hats, and the likes of the popular hats we know as of now.

Bowler hats use materials such as materials coming from black wool felt and a lighter variety of grey felt. Some accounts say that the bowler hats have a string that keeps them from losing their hats while riding the horses. The cap was hard to manufacture at the time, as it mainly used mercury on its crown to keep it firm.

Bowler Hats in Movies and Films 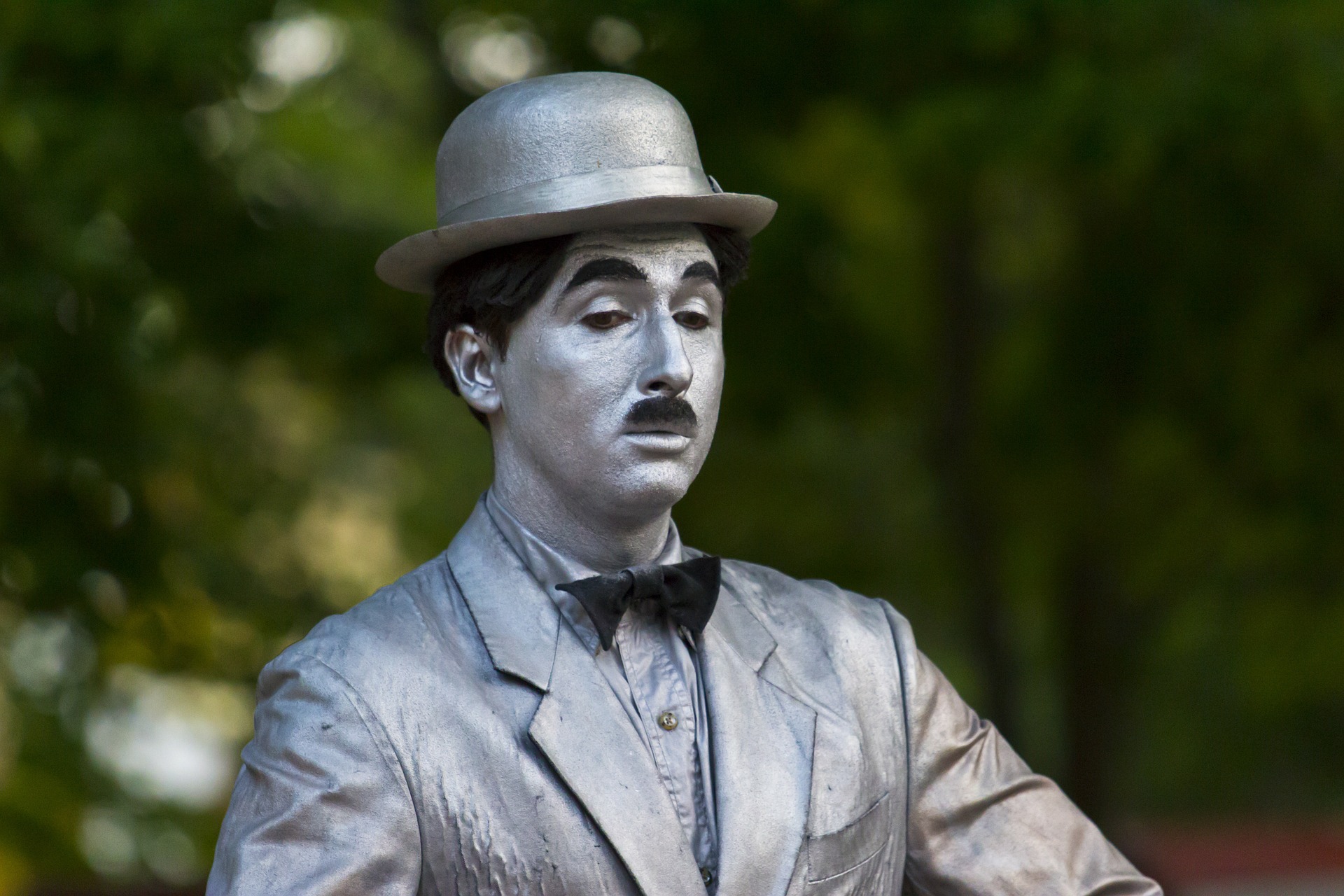 Even though the bowler hats’ history impacted how people dressed worldwide, the hats became irrelevant after that period. Many notable figures continued to live their legacy, like Charlie Chaplin, who wore the hat in his famous silent movie films.

Aside from Chaplin, A Clockwork Orange introduced a contemporary take on the bowler hat where its main protagonist named Alex wore it. And probably you have never heard of it, but the bowler hat also emerged in Disney’s Meet The Robinson as The Bowler Hat Guy.

Nevertheless, the bowler hat’s history paints a significant role in society, providing a firm hat that could accompany them on any journey that they wished to make.

However, you must wear the bowler hats according to the shape of your face. Otherwise, it would look different than what you expect it to be. After all, you are the one who brings the hat with confidence, so you should not take it lightly when taking a hat that you can wear or a gift that you’re sending to your loved ones.

Why do bowler hats go out of style?

Bowler hats were still popular, especially on formal occasions. But to answer that, many manufacturers chose to keep the new types of hats that they could easily make, like the fedora and other 21st century popular hats.

What are bowler hats made of?

The main component of making a bowler hat is using polyester, wool, or fur felt.

What’s the difference between the fedora hat and bowlers?

Bowler hats have a short brim, while fedora hats have a wider one. Moreover, the crown of the bowlers has a stiffer structure than the fedora. You can find that when you try to fold the fedoras, they can easily get deformed.

How To Pick The Right Shoes To Match With Shorts

Blue Suit & Brown Shoes: How to Nail the Look

Several years from now and still counting, there will be…

Blue Suit & Brown Shoes: How to Nail the Look

The modern corporate environment is thriving with new trends that…

History of Bowler Hats: Everything You’ve Wanted To Know

The bowler hat’s history is just as thick as its…